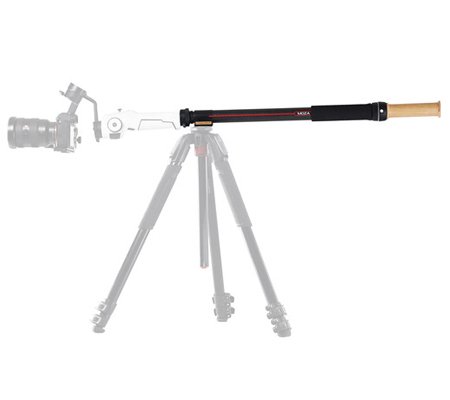 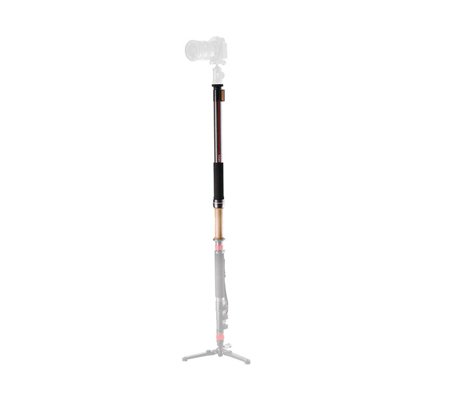 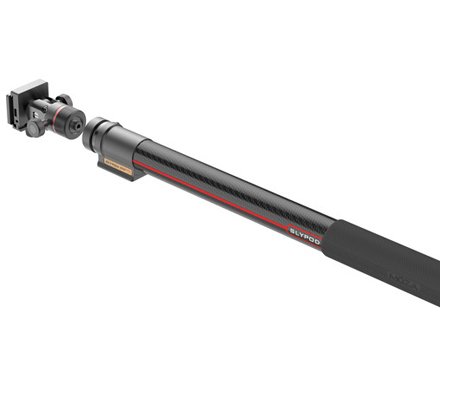 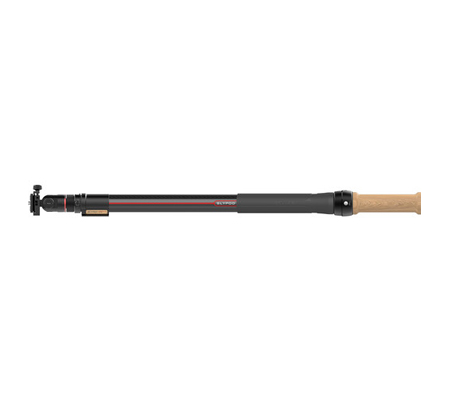 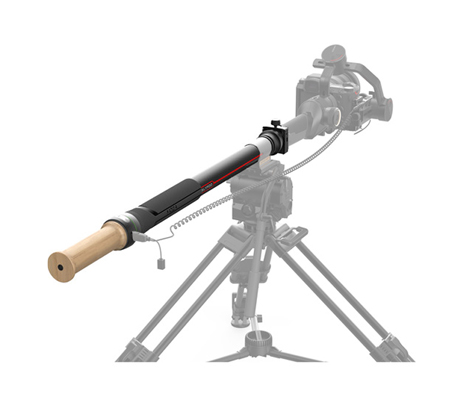 An innovative 2-in-1 camera support, the Moza Slypod can be used as a motorized slider or a monopod. Featuring an integrated tripod plate along its length, it can be mounted on a tripod horizontally and used as a motorized slider. It telescopes out 11" at assignable speeds with smooth, steady, and quiet movement thanks to a built-in geared motor with algorithms. In this mode it supports up to 9 lb, allowing you to attach everything from an action cam to a full-size cine camera, as well as a gimbal with a camera.

The telescoping movement is set up via an iOS/Android app in assigned travel routes or repeatable movements. Speeds can be designated from an ultra-slow minimum of 0.15mm per second to up to 28mm per second. 9 lb is the rated safety payload, while the max payload is 22 lb. You can also attach it vertically on a mini tripod or other support to use as a monopod. In this mode, too, it provides 11" of motorized travel distance, with safety loads up to 20 lb (or 40 lb maximum).

For attaching a camera, there's a 1/4"-20 mounting screw on the end. A quick release pan-and-tilt accessory is included that secures to this end and allows you to set your camera facing in just about any direction. Alternatively, you can mount a ball head, fluid head, or other support. A great option is a gimbal stabilizer, such as one of Moza's gimbals. Attaching a gimbal adds motorized pan and tilt axes to the motorized slides.

The Slypod is designed with a built-in battery with up to a two-hour runtime. A great feature of the Slypod is that the battery can be charged while the Slypod is in use, so you're able to shoot continuously for time-lapse capture, vlogs, live streams, and other applications, especially considering the super-slow minimum travel speed of 0.15mm per second. The battery is charged via a USB charging port that can also be used to integrate other Moza products, for actions such as camera shutter control.

Other than mobile app control, the Slypod can be partially operated via onboard +/- control buttons or an optional wireless remote control. The motor, battery, power button, +/- controls, and USB port are all built-in/located on the bottom end of the Slypod. There's also an illuminating ring in that section that lights up different colors to indicate the battery status. Red, for example, means the Slypod is charging.

The built-in mounting plate for slider mode offers 1/4"-20 and 3/8"-16 mounting threads. For vertical mounting, a 1/4"-20 threaded hole is provided on the bottom when the included wooden handle is removed. A mini tripod is supplied for mounting the Slypod in monopod mode.

The Slypod has a weatherproofed design that provides resistance to wind, sand, and dust. Fully collapsed, it measures 21". Fully extended, and with the wooden handle attached on the bottom and the quick release pan-and-tilt accessory on top, it measures 38" from end to end. Made mainly of carbon fiber, it weighs just 1.7 lb. 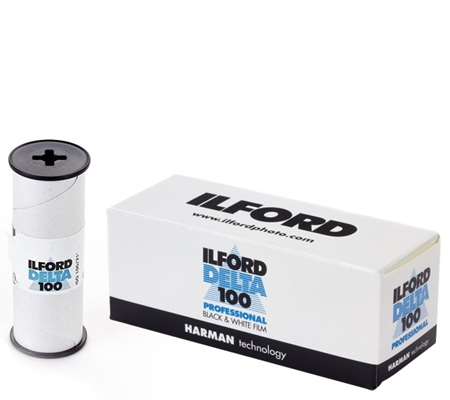 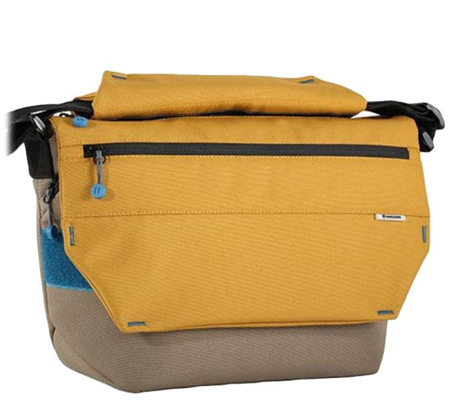 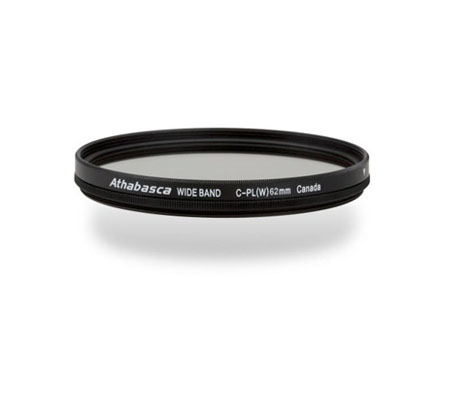 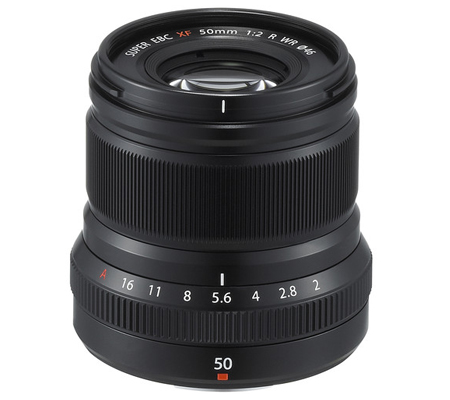 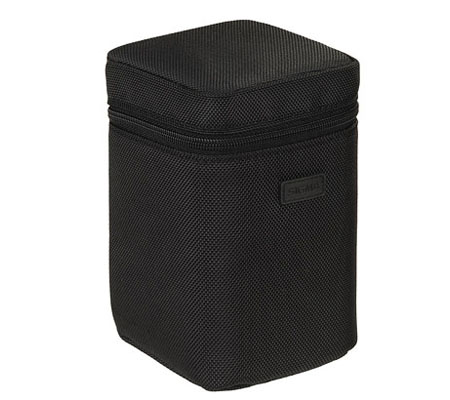 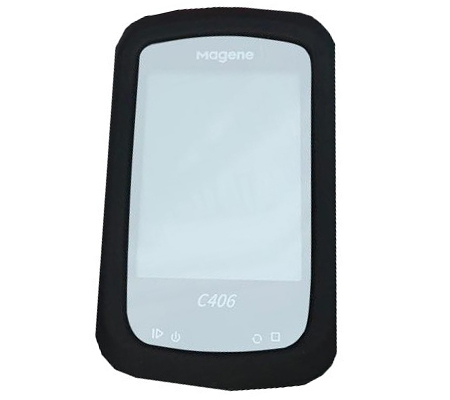 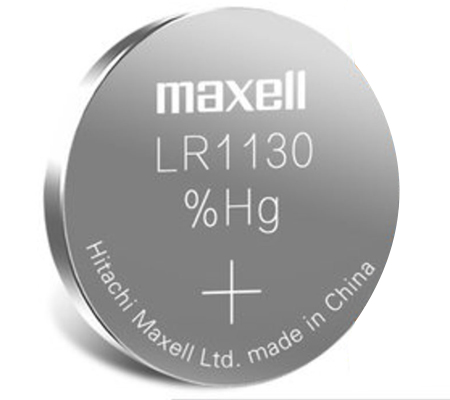 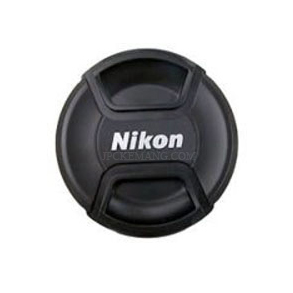 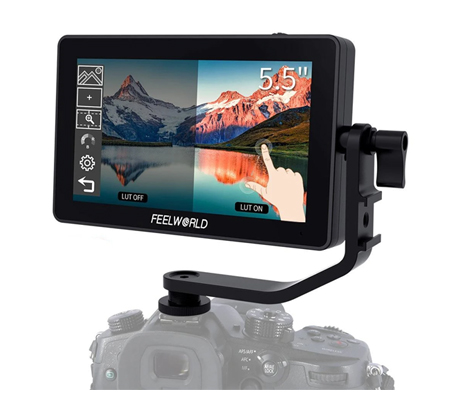 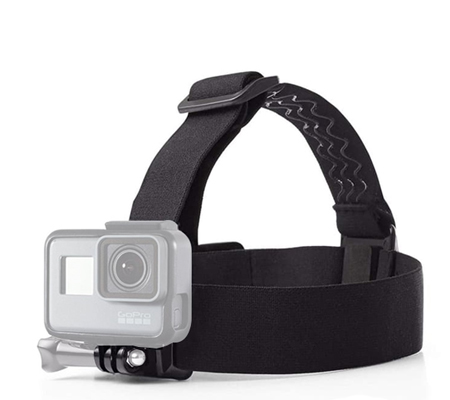