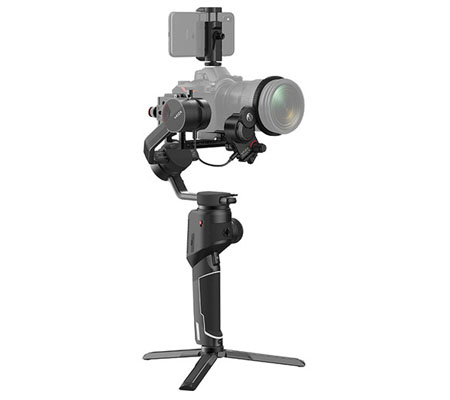 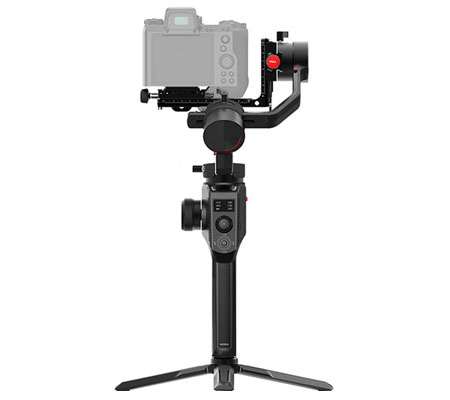 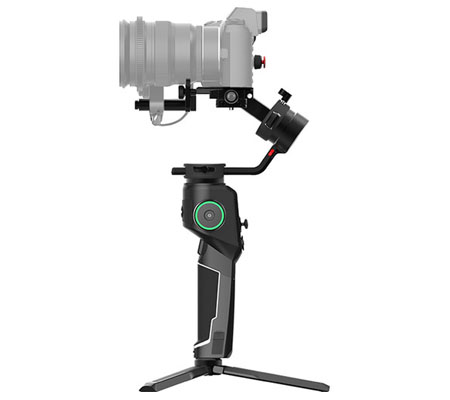 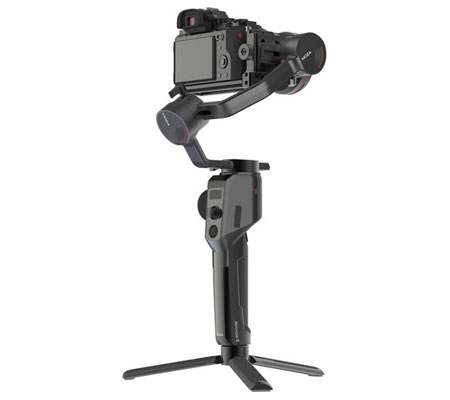 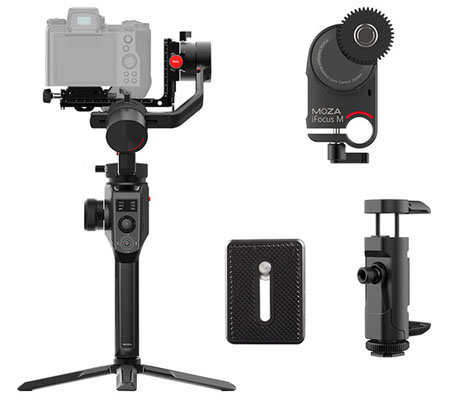 Moza's AirCross 2 Professional Kit includes the AirCross 2 gimbal with all its standard accessories plus an iFocus-M Wireless Lens Motor, Arca-Swiss Quick Release Plate, and a shoe-mount Phone Holder. The AirCross 2 supports up to 7 lb loads and offers multiple modes of operation, including creative modes such as Inception mode. In Inception mode, the camera rotates constantly as you hold the gimbal in various positions, most commonly like you would on a jib.The iFocus-M motor is a lightweight and quiet 15mm rod-mount motor that's powered via a connection to one of the CAN ports of the gimbal. It can be aligned to the focus or zoom ring of your lens and can be controlled by the gimbal handwheel or using an optional Moza hand unit from up to 328' away.The Arca-Swiss Quick Release Plate makes mounting/dismounting the camera easier, and the Phone Holder can be shoe-mounted to your camera to provide easier access to the included gimbal app.

With a stylish redesign, the Moza AirCross 2 features a sleek and ergonomic look and feel while also offering cutting-edge updates in many other areas over the original version, so much so that the AirCross 2 is virtually a whole other gimbal. In order to allow a clearer view of the camera LCD during operation, the AirCross 2 has an angled motor arm that prevents blocking the LCD. The camera is also mounted closer to the tilt motor to allow more stability. Furthermore, the camera can easily be switched between portrait and landscape modes via a dedicated bracket. The AirCross 2 supports most mirrorless and DSLR cameras up to 7 lb, including wide-body types like the Blackmagic Pocket 4K, and those with a built-in grip such as the Nikon D5. Weighing just 2 lb, the AirCross 2 is one of the lightest gimbals in its payload class.So that you don't have to rebalance the gimbal every time you power it on, the AirCross 2 has a 3-latch locking system. A separate lock on each axis locks all three axes when you power off the gimbal for storage or to change batteries, and when you power it back up your balance will be retained. This feature also lets you walk around with the gimbal without the axes and camera wobbling the whole time.Another major update is the power supply aspect. The AirCross 2 features Moza's Spark Power Supply System 2.0, which consists of a battery that has its own USB charging port, meaning that you can remove the battery and plug it directly into a power supply without requiring a charger.The AirCross 2 has several advanced shooting modes accessible at the press of a button on the gimbal. These include time-lapse capture, multiple follow modes, Inception mode, and Sports Gear mode. The included Moza app for iOS/Android (free download) provides additional creative features, among them an AI calculation function that auto-tunes the gimbal by selecting optimal parameters based on the camera load.Another aspect of the redesign is that the camera is mounted in a way that leaves full access to its battery door and memory card (for most cameras), allowing you to swap these without removing the camera.The gimbal controls include a customizable smart wheel, dial wheel, and smart trigger that provide direct control over select camera functions, while an OLED screen provides an intuitive display of the gimbal status and camera parameters. On the bottom of the gimbal handle there are both a 1/4"-20 and a 3/8"-16 threaded hole for attaching a mini tripod, extension handle, or other accessory. 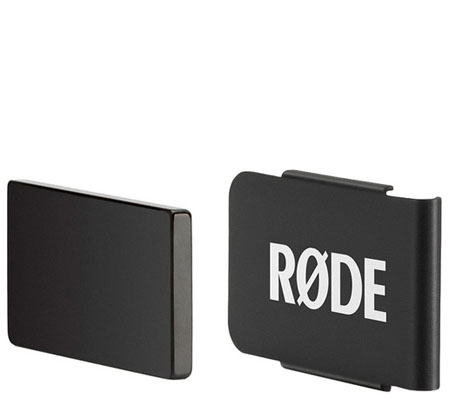 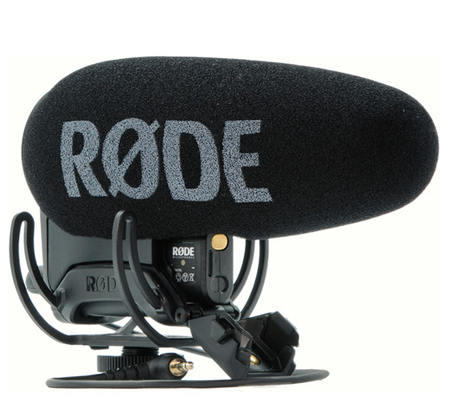 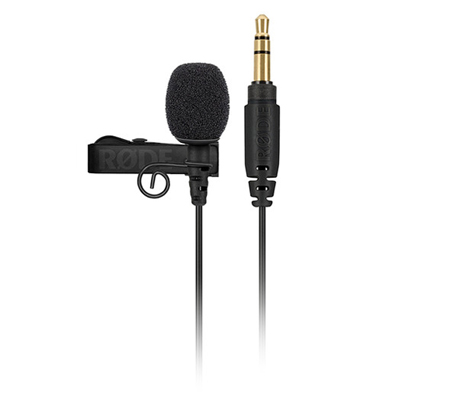 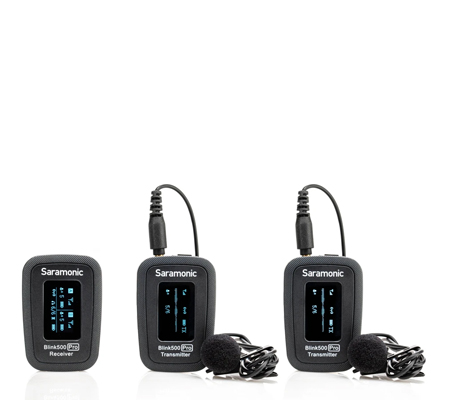 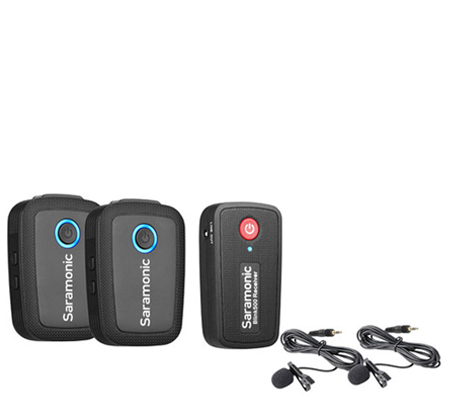 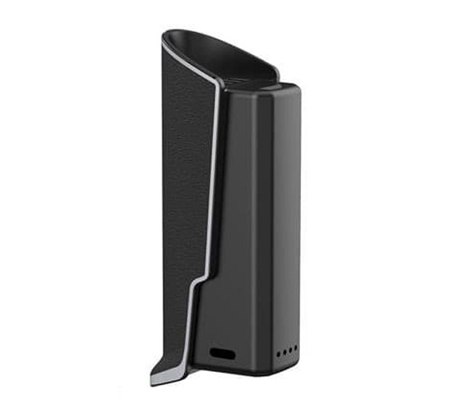 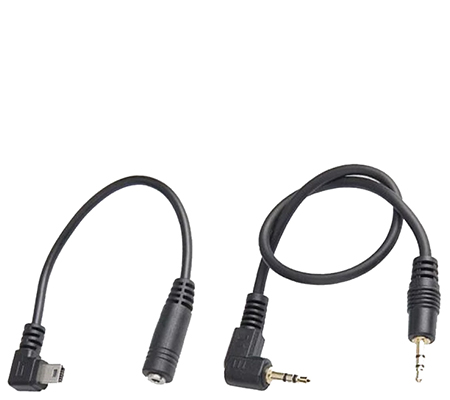 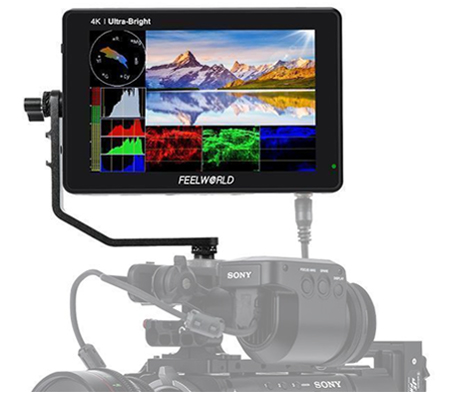